3 Tips For Nonprofits To Boost Their Social Media Presence 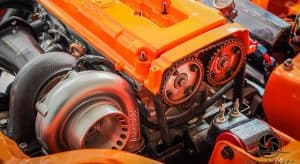 The primary goal of Sec. 501 organizations is not profit. But all companies, regardless of how they’re organized under IRS law, need revenue and supporters to accomplish their missions. Social media offers the perfect platforms to do this.

Facebook now has more than 1.2 billion (and counting) active users, and totals nearly 57 percent of all social media visits.

YouTube is the second-most active, with Google+ and Twitter coming in third and fourth. The sheer number of people nonprofits can reach via social networks makes them a necessary part for all marketing campaigns.

The key is to keep your feeds informative and engaging to grow your followers and find new donors in the process.

The largest human rights organization in the world covers some of the worst atrocities ever perpetrated on humanity. But Amnesty International knows its work would be impossible without the donations, time, and support of others. The social media strategy of Amnesty is one that should be replicated by all nonprofits dealing with sensitive subject matters.

Amnesty posts at least one update on Facebook Monday through Friday. The vast majority of the posts contain links to content hosted on one of its many websites. The more clicks your websites get, the more likely Google is to recognize them in searches. Amnesty posts corresponding updates on Twitter, complete with relevant hashtags, to reach people in countries where Facebook is banned (like Bangladesh and North Korea).

Amnesty International has more than 676,000 Facebook followers because it stays on point. It’s extremely rare to see an update from Amnesty that does not have to do with human rights. The organization also has a “donate” button right on its Facebook page, making it easy for those who want to contribute.

National Preparedness Month has been observed every September since 2004 to promote and encourage disaster relief plans in every American home. The Red Cross, one of the world’s premiere humanitarian organizations, provided a blueprint for nonprofits to take advantage of these time-sensitive campaigns.

Using the hashtag #NPM13, the Red Cross tweeted out daily tips (throughout September) for household preparedness in the event of a disaster. One called for every household to have a hand-cranked weather radio, and another advised all homes to have an emergency water supply.

Find a special occasion that fits with your organization and base your social media posts around it.

Use the Library of Congress and other online resources to find commemorative days and weeks that are relevant to your firm.

For-profit stores use Pinterest as virtual store shelves to display products and provide customers links to checkout. The same concept can be used to sell T-shirts or other merchandise for nonprofit fundraisers.

The Bill and Melinda Gates Foundation uses Pinterest to compile its most inspirational videos.

Jolkona Foundation, a nonprofit that nurtures future philanthropists, pins videos and photos from various places it travels and helps those in need.

Nonprofits need social media as much as any other business in today’s virtual marketplace. Engaging, compelling channels are sure to attract more followers and ultimately, donors.