Many college students are willingly without a landline, but few are without their social media in the palm of their hand. Even college presidents are constantly connected, according to The University of Massachusetts Dartmouth Center for Marketing Research, which found 58 percent of presidents are posting to Facebook, 55 percent to Twitter, and 35 percent to their own blog.

Colleges recognize social media has become one of the most powerful ways to both convey and aggregate information. Therefore, many become increasingly savvy at utilizing social media networks. In fact, as Dartmouth reports, a 2010-2011 study showed 100 percent of responding colleges and universities are using social media in some form.

Besides communicating with current and former students, many admission offices are using Linkedin, Facebook, Twitter, and others to check out prospective students and recruit potential students, Darmouth says. More than 40 percent of college officials believe enrollment has increased as a result of social media.

Below are examples of how five colleges across the United States are using social media:

The University of Notre Dame

Schools as large as Notre Dame pride themselves on the contributions they make to the world. To continue to be a research and information presence in society, Notre Dame has embraced social media. The university’s Social Media Directory is proof that university leaders are using the tools of their students and society to stay connected.

For schools such as Duke, social media is a way to enhance their already great reputation. According to Duke.edu, the Fuqua School of Business, for example, is using their students and alumni as “brand ambassadors” for the school. They challenged students and alumni to “Like” their Facebook page and share information in order to possibly win tickets to a basketball game.

Because its programs are all online, getting a Penn Foster education involves using social media. From Twitter, to Facebook, to Pinterest, there are a variety of ways to stay connected with the staff and student body. Penn Foster also offers a community page and Google+ hang-outs, so students can get the assistance and support they need.

Princeton has a rich history of print resources, but “The Princeton Weekly” has developed an online, social feature: The Alumni Weekly Blog. Princeton’s Weekly features one alum’s blog per week to its readers. As the site boasts, “The blogosphere is filled with Princeton alumni, who share their thoughts on everything from planetary science to pop culture.” It goes on to list 180 blogs written by alumni.

It was no happy coincidence or streak of luck Obama won the votes of Ohio — one of the most notorious swing-states — in 2012. The win was all due to the students at Ohio State University and how tuned in to social media they are. The campaign volunteers at OSU took to social media by storm and turned out large crowds of voters in favor of the President, as Bloomberg reported. 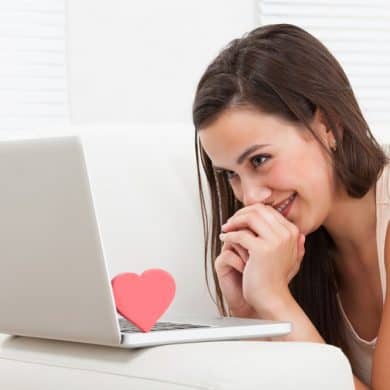