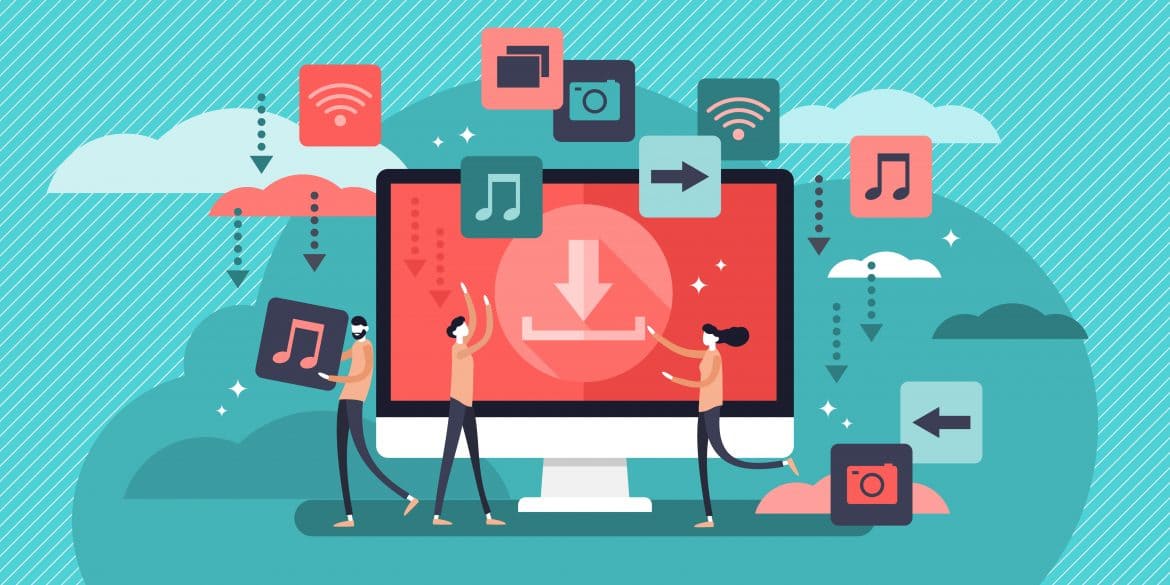 It has been three years since ExtraTorrent shut down. On May 17, 2017, this globally known torrent site halted its activities and presence, much to the disappointment of millions of its followers. To those who don’t know, ExtraTorrent was an online index of digital content, or to be more precise, the biggest metasearch engine website of entertainment media and software. Before it shut down, ExtraTorrent was one of the best BitTorrent indexes in the world, indexing millions of torrents from other, different websites. On the website, followers could facilitate P2P sharing, access streaming programs, share files anonymously as well as access video sharing sites, academic or scholarly libraries and partake in other types of file-sharing activities.

After ExtraTorrent was shut down, numerous clones and imitation websites started popping out online. There were warnings and an official statement from the runners of ExtraTorrent regarding these fake websites, as there were speculations that ExtraTorrent has just been relocated. However, the majority of the clone websites got shut down, and are even to this day being blocked in countries around this world.

For the same reason, there was a market gap for a website like ExtraTorrent; followers were desperate for a valid alternative. Whether legal or, usually illegal, the newly created torrent websites got people reluctant and untrustworthy. So, there was, and probably still is a need for a valid successor of ExtraTorrent. Therefore, in the following paragraphs, we will be looking into the best ExtraTorrent alternatives you can access right now. But, before we begin, there is some background information you should know first.

Each torrenting site has to follow a certain BitTorrent protocol, even ExtraTorrent had to do so. One of the main principles of this protocol include the so-called trackers. For those who are new to torrenting, trackers are serves which help us transfer files peer-to-peer, using either Public trackers or Private trackers. So, in order to actually recommend the best ExtraTorrent alternatives, you should probably know a little something about these trackers.

Public Trackers are torrent websites that allow users to join a so-called ‘swarm’ of hosts, in order to download or upload content, peer-to-peer, simultaneously. To be more precise, public trackers are servers that keep track of the peers and seeds in a swarm. For those unfamiliar with the terminology; a swarm is a group of seeds and peers sharing the same torrent; a seed is a complete copy of a file that is made available for download. Public trackers, unlike the private ones, are also known as the open trackers. This means that these trackers can be used by anyone by just adding the tracker address to an existing torrent. Public trackers can also be used by any newly created torrent.

For those new to torrenting, here’s a simplified explanation. When a user uses a public torrent website, all the files that they browse are tracked by a public tracker. Anyone can access a public tracker as well as the list of IP addresses connected to the server. This is where the security issue comes in, as copyright watchdogs and ISPs monitor the illegal downloading activities on these public trackers. This is usually responsible for the general stigma surrounding torrenting; that it is illegal and that it could get you on the wrong side of the law. ExtraTorrent was, for example, a completely legal way of torrenting, but some of its alternatives may fall in the grey area or are in a clash with the authorities and governments. Nevertheless, here are some of the best public tracker ExtraTorrent alternatives, that are legit, safe and checked by thousands of users worldwide.

The Pirate Bay is probably the most famous torrenting website in the world. Like most of the public BitTorrent websites, this is an open tracker torrent website, which means that you don’t have to register in order to use it. The website does not require log in or sign up to search for or download files. However, if you want to become a member and actually upload your own files, you will need to register by completing a form and confirming your registration. Registered members usually have access to more files and material, but even without registration users have access to three million torrents, including outstanding versatility of files and material. From games, movies, music, e-books, Tv shows, software, The Pirate Bay has it all. This website is actually so popular that some bands from different world countries have made famous songs about it (that pretty much explain how Pirate Bay works), like this one.

The Pirate Bay also featured in

As an ExtraTorrent alternative, RARBG is considered to be one of the safest options. Just like The Pirate Bay, RARBG is one of the best torrenting websites in the world, offering content to its users with or without registration. The content on this website usually includes new movie releases, music, TV shows, games, anime series, and much more. There might be a little disadvantage with RARBG nevertheless. Different locations around the world have different torrenting policies, restrictions, and rules. For that very reason, RARBG might not be available in your country, however, using other country’s VPN or unblocking techniques (like using the TOR browser to unblock geo-restricted websites), you might be able to access it.

1337X is as of 2018 the third world’s most popular torrenting website, and therefore, one of the best ExtraTorrent alternatives. This torrenting website provides a directory of torrent files and magnet links that are used for peer-to-peer file sharing. It is important to point out that the website is banned from Google, and you won’t be able to find it through the standard search process. The website usually changes between domains; the current domain is .to leading to the main site, however, in case the main site has crashed or is unreachable, the website uses the .se domain. Either way, what you will be able to access this torrenting website includes everything, from TV shows, music, movies, games, series, etc. Also, allegedly 1337X downloads torrents faster than other torrenting sites, which will make it that much easier for you to find what you’re looking for.

isoHunt is also an excellent alternative to ExtraTorrent because it simply resembles it a lot. Just like the aforementioned torrenting websites, isoHunt is one of the best torrent websites in the world. It did go through some ups and (shut) downs, but now it is a domain that, of course, changes its name quite often. The original isoHunt website is, in fact, shut down, as stated by its owner, but as mentioned before, the website operates now under different names and domains, like isoHunt.to. At isoHunt, users can browse, search, download and upload torrents and content that is mostly entertaining. At this torrenting website, adult and obscene content is always frowned upon, keeping the website clean and safe for its users. isoHunt developers have also released a tool, called The Open Bay, which allows users to deploy their own version of The Pirate Bay website.

A private tracker is a torrent website that provides basically the same functionality as the public tracker torrent website. However, there are a few major differences. Private trackers are not easily accessible and are in most cases invite-only. This means that in order to upload or download content, you must be invited to the website by an already registered member, and the invitation needs to be authorized. Private trackers are based on numerous established rules however, they do offer an extensive variety of advantages when compared to public trackers. Some of the advantages include speed (faster downloading and uploading), retention (long-term seeding), selection (offering rare content that is not available to buy even legally), quality control and security.

If you’re worried about not being able to join a private tracker torrent website, you should know that the majority of these sites provide open registration days. These registration days actually only last for a few hours and are rarely announced in advance, so you should be keeping a close eye. You can also do some extra work and join these websites by tracking the IRC channels or forum registrations, and of course, follow their instructions that might help you get invited or accepted. Here are some of the best private torrenting websites that might serve you as the ExtraTorrent alternative, if you’re lucky:

When it comes to joining this private torrent website, you should not be having any major difficulties. All you need to do is go to their website, register and wait for official account verification. This torrent website will require you to be active, follow the downloading/seeding ratio (as it can cost you your account) and do what you came to do. Many think of this website as the private, but only a much safer and more organized version than The Pirate Bay.  When it comes to the website’s content, you can find whatever you put your mind to, as this private tracker offers approximately 700,000 different torrents.

Now, when it comes to joining difficulty for this private tracker, you might be encountering some hindrance in the joining process. It is, allegedly, extremely hard to join, and it is invite-only. However, by doing some digging around, on forums, you might come around some of the registered members who can send you an invite. BitMe is actually the biggest and best e-learning private tracker. It provides entertaining resources, but mostly focuses on providing access to new information. With 32,000 torrents, you can get access to textbooks, e-books, video courses and general learning content of your preference and interest.

If you like a good challenge, then try joining PassThePopcorn. This private movie torrent website is extremely hard to join. You, allegedly, need to undergo a recruitment process and meet all the recruitment requirements, but apparently, it is all worth it. Why? Well, you will get access to 380,000 torrents and content like movies, mainstream, and classic, popular international releases in high quality, and some even claim that PTP now is also a private music tracker. PassThePopcorn is an invite-only private tracker, and it is only available to send invites when it is safe; bear in mind the recruitment may take a long time and that there is a limit to the number of people who can join. 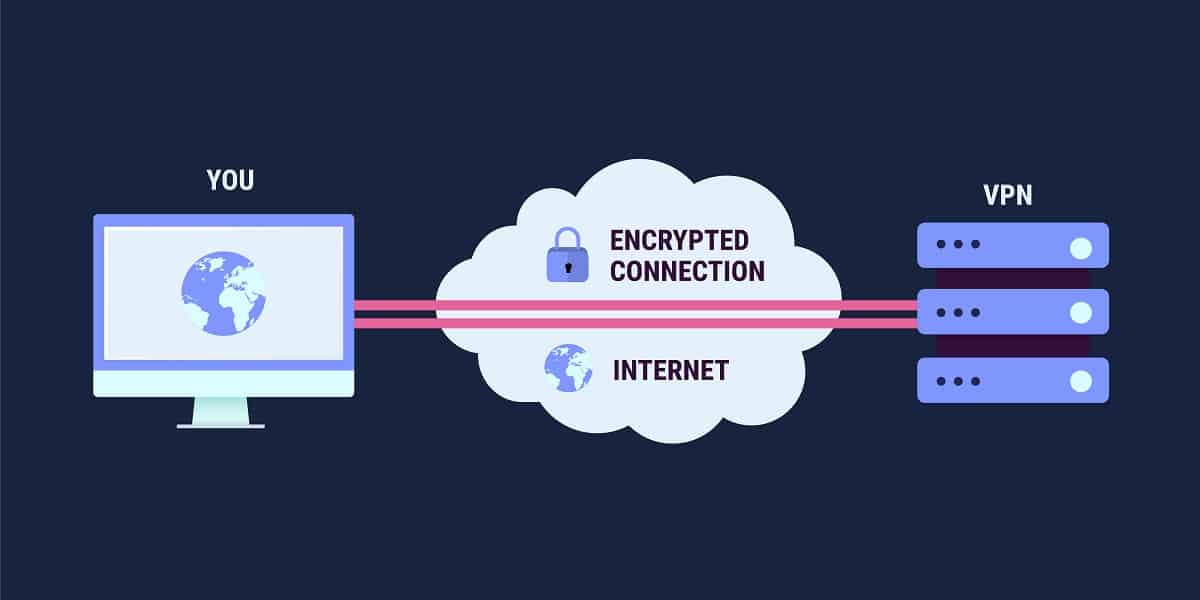 There are many good alternatives to ExtraTorrent that you can use. Each provides basically the same functionality, some, however, with more difficult access than the others. Either way, regardless of which torrent website you decide to use, make sure to think about online safety and security. It is important to use VPN to protect your online presence, as well as to be able to browse through these sites without being on the radar of authorities. Without VPN, your device can be hacked, some content on the torrent websites might not be available and all of your activities can be traced back to you. So, make sure to stay safe and secure before entering the world of torrents. 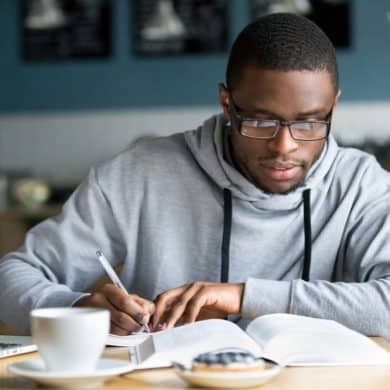