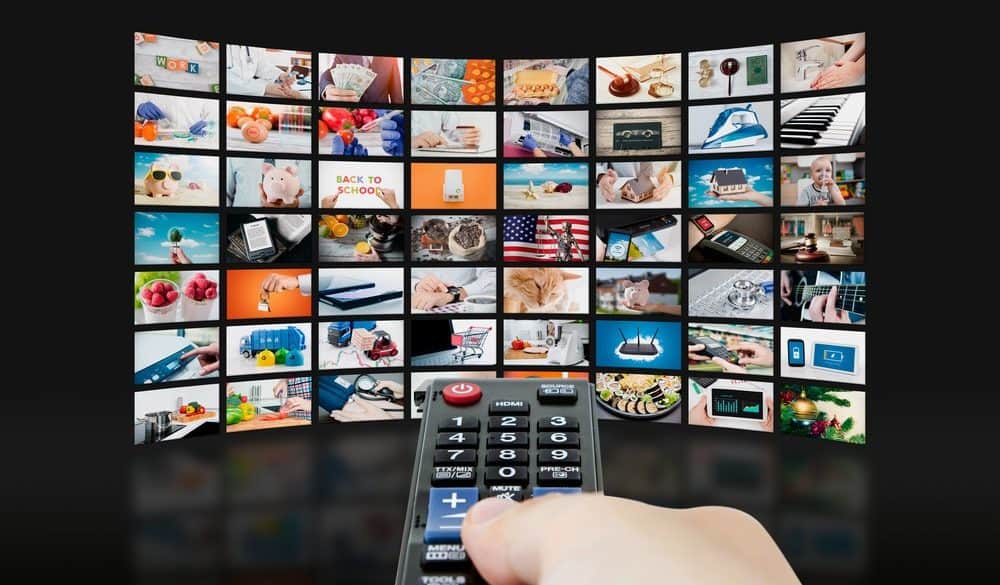 Are you considering cutting the cable and moving to a cable-free, contract-free life? Or have you already moved ahead of the pack and just want to make sure you have the best possible deal? Or are you looking for a way to see the big game in your family room without reconnecting the cable? Or have you relied on torrent sites that move all the time because they skirt the law and put up with their slow download speeds because cable was just too expensive?

You’ll be delighted at the affordability and quality of the streaming services available today.

Our round up of the current deals and free trial offers at these providers will keep you on the right path!

If you use Amazon to buy Prime eligible items more than a couple of times a month, joining Amazon Prime is a no-brainer.

In addition to streaming shows and movies, your Prime Membership gets you:

Sharable: You can stream Amazon Prime to up to three devices at one time and the same show to up to two devices at the same time.

If you want access to a smaller customized group of premium channels, Sling may be the way to go. Depending on your selections, get access to poplar Hollywood hits, fast paced sports, award winning documentaries, comedies, Starz, Encore, Showtime, EPIX, and many more, all commercial free. International channels from the Middle East, China, Brazil, India, and Europe can be added to your selection. Sports, lifestyle, and kids’ selections are also available including Disney Junior, Disney XD, and other kid favorites.

Commercial Free and the ability to fast forward through commercials

DVR for a small additional monthly cost with no duration limits; record multiple shows at the same time.

If you like fights, you can watch people get dazed boxing or MMA fighting on Dazn.

Trial:  None currently available but they do sometimes offer free trials

Netflix offers a free 30-day trial and even reminds you three days before the end of the trial in case you want to cancel.

You can download shows to watch when you’re not connected to the internet. Watch on your TV, phone, tablet, or laptop.

Watch an unlimited number of movies and shows, including award-winning exclusive Netflix produced shows, anime, documentaries, and your favorites.

Sharable with up to two family members.

There’s a lot of buzz about Apple TV Plus which will begin November 1st. They’re coming out of the gate with a low price. They only have 9 titles with more expected. As a Netflix and Prime subscriber, I was sort of blah about subscribing to Apple TV until I watched this alternative history trailer. Warning: You may feel compelled to spend money if you watch this trailer.

Apple has a $6 billion budget to create the channel and is enticing some of Hollywood’s’ greatest stars including Jennifer Aniston and Reese Witherspoon, to their scripts. Other high-profile celebrities that are involved include Steven Spielberg. Oprah, and J.J. Abrams

Where: Apple devices and with the Apple TV App

Price: $5/month (free when you buy a new apple gadget)

Sharable with up to 5 family members

Language: Original shows will be available either subtitled or dubbed in dozens of languages and closed captioned.

AMC Networks is an add-on feature for customers who already have AMC on another paid service.

Who is eligible: Customers of Cable, Satellite, and Pay TV services that have the AMC channel.

Provides the ability to stream more than 10,000 episodes of CBS shows as well as some original series. Also included are live sports and local news.

Limited Commercial interruptions or no commercials

Originals: The Twilight Zone, No Activity, Strange Angel, Tell me a Story, and the Good Fight.

Dish Network is a satellite provider who is moving into streaming with 80,000 available shows and up to 2,000 hours on the DVR. Plus, 20,000 rentable titles at an extra cost.

Where:  Anywhere, even offline if you download the program, airplanes, boats, trains, etc.

Price:  Varies by plan and add-ons

Requires a 2-year contract and a credit check

Current deal: 3 free months of Showtime, STARZ, DISH Movie pack, and Playboy. Will add $46/month to the bill if you don’t cancel before the end of the first three months.

Disney Plus is coming November 12th with a large selection of family friendly shows including all Disney’s blockbuster hits, Marvel originals, Star Wars, and much more plus 300 movies and thousands of TV shows.

Fill your family room with the excitement of the game with live events from NHL, Seri A, FA Cup, Top Rank Boxing, MLB, Grand Slam Tennis, and college football, basketball, and lacrosse. You also get the award-winning 30-for-30 library.

Sharable: Up to three devices

Originals: The Fantasy Show with Matthew Berry, Peyton’s Places, Detail from the Mind of Alex Morgan: The Equalizer, and exciting Kobe Bryant.

Blackouts: Certain events may be blacked out in specific areas.

Fubo TV brings over 100 channels including pro and college sports, primetime entertainment, live news, and shows for the kids to your living room.

Where:  All the usual devices

Most shows are Commercial Free

HULU + Live TV is great for sports fans who want access to major pro games from the NBA, NHL, NFL, and college games including the NCAA and even the English Premier League. If something bad happens anywhere in the world, you’ll know about it with the breaking news stories with your choice of FOX News, CNN, or MSNBC. HULU also provides children’s viewing options including the Disney Channel, Disney Junior, and Cartoon Network. 60 top television channels and 50 hours of DVR.

Add-ons like Cinemax, Showtime, and STARZ are available for $8.99 – $14.99 a month. You can also upgrade for unlimited screens at home and 3 away from home.

Record and Watch at your leisure

Over the air live and recorded TV – Free. An easy way to cut the cord without cutting access to a lot of shows including sports, pop culture, food, cooking, music, home and garden, and more. This is an App. Plex connects your media across all your devices.

Requires a compatible tuner and antenna

DVR for live shows is a feature of the paid App

Philo currently has 58 channels and you can record an unlimited number of shows and watch them up to a month later.

Sharable Up to 3 devices

Pure Flix is family friendly programs and wholesome movies and TV shows that are largely faith based. It has the unique feature of providing home schooling curriculum K – 12.

If you homeschool your children, Pure Flix could save you tons of time creating curriculums from scratch.

Roku brings your old TV into the new era. If you have a TV that is still working great, but it doesn’t have wi-fi or Bluetooth capabilities, Roku allows you to access streaming services like Hulu, Netflix, Amazon Prime, YouTube, and others on your older television and provides better access to broadcast channels. Plug it in and you get access to 500,000+ tv episodes and movies from free and paid sources. Almost 150 sports channels although some require a paid subscription.

Trial: No because you buy a physical device, but it is returnable.

Where: Your TV – can be moved to different TVs

Sharable? No, a device is required that must be plugged in to the device

Technical support is provided during the warranty period.

The Roku channel is an add-on to your Roku. It adds more than 10,000 Hollywood hits, shows, sports, news, and more. Although there are commercials, they have fewer than broadcast TV. If you have multiple subscriptions to premium channels, you’ll be able to browse all of it in a single channel instead of separately searching for movies.

SiriusXM provides music you can personalize using Pandora for add-free music listening pleasure. Easy to search by channel, show, or episode and reminders when your favorites are about to begin. Sync your favorites across all your vehicles.

Sharable among all your vehicles

Sharable with up to 5 household members

Unlimited simultaneous recording and store shows for up to 9 months

Are You Ready to Cut the Cord?

We’ve been tethered to the cords of our cable and satellite TVs so long that it can feel as if we’ll miss something important if we cut the cord. We cut the cord a year ago and in addition to saving a ton of money to our cable provider, we love the convenience of watching what we want exactly when we want it. We would never go back to cable or satellite.

Stop the Hassles and Hidden Fees

Cable and Satellite companies love locking you into a 2-year contract and, if you move, you’ll end up with an early termination fee if the service isn’t available where you move to. We once had a cable company charge us an early termination fee because we moved the day before our contract hit the 2-year mark. As they lose their monopoly status, they’ll be fighting for every customer but if you’re locked into a 2-year contract, you’ll be paying more than the deals they offer new customers. So, join the freedom revolution and cut the cable today!

What Risks Are You Taking That You Could Avoid for a Few Dollars a Month?

When you access the type of free sight that moves frequently to evade the authorities or torrents, you risk being named in a copyright infringement case that could end up costing you thousands in attorney’s fees, settlement fees, or tens of thousands if you’re the wildebeest chosen to make an example of to discourage others. When Cable companies wanted over $100 a month and required good credit, it might have made sense to go another route. When you can get all Netflix, Hulu, Amazon and others have to offer for less than two coffees at Starbucks each month, is it really worth the risk? 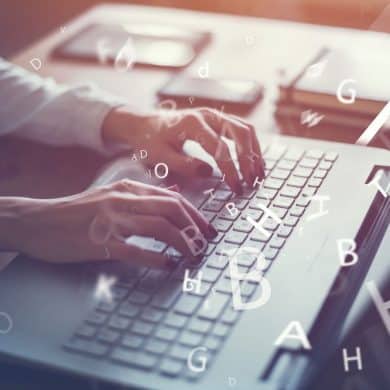 Best Jobs You Can Get Without a College Degree