Since the day an ominous message appeared across the top of TweetChat.com — “Twitter is changing the way services like @TweetChat deliver data to users. In the very near future, TweetChat will most likely be unable to continue to provide our service.” — IML has been in talks with Brooks Bennett, the creator of the beloved platform, to acquire it and make sure the site lives on.

Make no mistake — Brooks didn’t set out to sell the site. It was a labor of love, but the continuous changes to Twitter’s API meant continuous platform updates. And the sunsetting of the existing Twitter API meant the site as it is now would cease to work on June 11.

“There have always been requests to take the concept to the next level, and I am excited for the role OneQube’s SmartStream will play in filling this gap,” said Brooks, who agreed to sell the site to Internet Media Labs with the understanding that the application would be shut down and community migrated to oneQube #SmartStream. Brooks also is joining Internet Media Labs’ advisory board.

Now I have been playing with OneQube Smartstream for a while, and it’s pretty awesome (despite its confusing double name and occasional bugginess – but it’s brand new, so let’s give them some time to work things out).  Either way this news is very, very welcome and I have high hopes!

As Brooks noted, the tools for real-time social discussions are growing up.

“The hashtag has gone mainstream,” he said. “Most commercials during primetime not only reference a brand’s social accounts, but they reference a hashtag for people to use to discuss their products. Brands don’t own the message anymore, they are part of crafting it, but the community at large has a big part to play.”

Now TweetChat has passed the torch on to SmartStream, and we are humbled and pleased to carry it on.  TweetChat will shut down as a chat platform June 10, as planned, but will relaunch June 11 as a content hub for everything about Twitter Chats and hashtags. 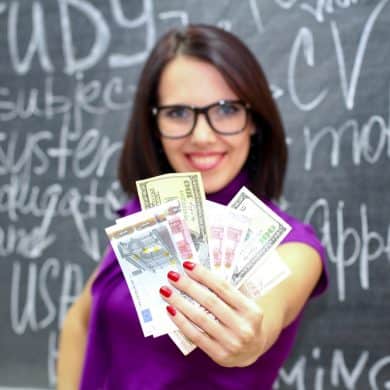 Here’s How you can pay for your college