[Case Study] Have you crossed the mobile threshold?

The first of hopefully many case studies of the awesome work that ICF (the company we consult for) does every day. This one is written by Jeremy Vanderlan, Mobile Practice Lead.  Interested in mobile strategy? Contact us.

AIDS.gov has looked towards mobile as a solution for spreading information about HIV/AIDS for a number of years. We recognized as a project that the people most at-risk for or living with HIV/AIDS fall into demographic and socio-economic categories that make them more likely to turn to a mobile device for information.

July 2013 marked a significant milestone. For the first time the majority of traffic to AIDS.gov came via mobile devices. We anticipated this day would eventually come. In truth, it came sooner than we expected, even as we saw mobile use increase week-by-week and month-by-month.

We want to examine why mobile is working for AIDS.gov. What have we done over the past few years that has brought us to this point, ahead of where we thought we would be? What can we share with the HIV/AIDS community to improve their efforts in outreach, education, and prevention? What else should we be doing?

There are three things that stand out, as we consider what we have done and what is working for mobile and AIDS.gov.

We built a mobile-specific site for AIDS.gov back in 2010. We modified locator.aids.gov to work on mobile devices that same year, primarily smartphones but with some text-only support for less modern devices. Our returns were fair, but our mobile traffic across all AIDS.gov sites remained static, hovering between 5-10%.

We have spoken previously about our work with responsive web design. In acknowledging the need to meet a broader audience, we knew we needed a more comprehensive mobile solution. Assessing our technical environment and capabilities, we felt responsive design provided a mobile experience that was as ubiquitous as possible, spanning the greatest number of device classes and user types and doing it all without relying on a device detection platform.

This choice aligned with a greater movement within the Federal government, which cited responsive web design with the release of the Digital Government Strategy in May 2012. Our timing was good, as we released the responsively designed aids.gov in June 2012. It was among the first full Federal websites to implement responsive design.

Our first months showed an average of about 20-25% mobile users, already an increase over the 10-15% we saw before the responsive redesign. Later 2012 and early 2013 saw significant growth for the website, not just with mobile but overall. There may be something to Google’s recommendation for responsive web design as a best practice – considering 80% of AIDS.gov’s traffic comes via search referrals, it is reasonable to think that moving to responsive design drove up our page rankings as well. By July 2013, a year after our responsive launch and following National HIV Testing Day, we averaged over 50% mobile users in a calendar month for the first time.

Since July 2013, we have continued to average around 50% for mobile, but our overall site traffic has increased considerably. AIDS.gov as a whole has seen an increase of 120% over the past year, and 330% over the past two. An average day in November 2013 exceeds our absolute peak day (World AIDS Day) back in 2009.

Not surprisingly, our mobile traffic during those same periods also increased significantly. In the past year, mobile traffic has gone up 320%. It has grown an astounding 1400% over the past two.

We did more than just build for responsive design in those years – we optimized much of our content for mobile and built some other tools that were specific to mobile users, like the HIV/AIDS Locator and the Facing AIDS website. The overall trend really starts with our responsive design release in 2012. It was a key trigger for the growth we’ve seen, not just in mobile visits, but in overall site traffic.

Mobile devices are personal devices. HIV/AIDS is a personal and sensitive health topic.

Dr. Google has been the first line of defense for many in their quest for health answers. A Healthline study in 2011 found a significant difference between the top health searches on desktop and mobile. Desktop health searches tended to be related to broader health topics like cancer, diabetes, and fitness. Mobile searches were more closely aligned with personal health topics: chlamydia, bipolar disorder, and smoking cessation. Studies like this convinced our team that our audience was more likely to find us on their own personal devices.

Our mobile specific site (prior to launching our responsive design) confirmed some of this information, with the added knowledge of how people were searching with their mobile devices. In addition to searching more personal health topics, mobile users were more direct and explicit in their language and their search terms. Diving into the long tail of search queries and correlating them with browser and operating system provided us with evidence of this general trend. People were more honest with their phones.

There could be a number of reasons why these searches were more explicit and direct. Perhaps desktop users didn’t feel comfortable typing sexual descriptors on a corporate or shared network. Perhaps the real estate and limited keyboards of mobile devices lead users to be more direct in their language. The reasons matter less than the reality, but for AIDS.gov, we wanted to know what else might be driving people to their phones. A data point from an SMS campaign was another trigger for our approach to responsive design.

The CDC KNOWIT campaign is an SMS-based service that sends HIV testing location information based on a five-digit zip code query via text. Through our work on AIDS.gov and our partnership with CDC, we discovered an astonishing statistic – Of over 250,000 texts sent in 2008-2009, the peak hours of usage were between 1am and 3am. This statistic illustrated what we believed about our mobile audience – that their searches were personal, immediate, motivated by anxiety and the feeling that they may have just put themselves at risk for a sexually transmitted disease.

Our site had to respond in a way that was personal, immediate, and calming. The user experience needed to be helpful, direct, and warm. Our site needed a proper bedside manner. That conclusion leads us to our third point.

Emotion matters, especially with regard to personal health topics.

Pew Internet releases regular insights regarding internet use related to health topics. Susannah Fox and her research have provided data points that have shaped the AIDS.gov site and its features. One statistic highlighted the role emotion plays in health search and mobile behavior – 40% of those in a health crisis turned to their mobile phones for health information.

Certainly, not everyone who types a search term into their phone and lands on an AIDS.gov page has just had an encounter that put them at risk or experienced a symptom that brought a nagging worry to their mind. But with the redesign of AIDS.gov, we tried to put ourselves in those shoes and view our content in that context. Scratching a mental itch is a valid use case for mobile users seeking answers to personal health questions.

For us, responsive design was the most empathetic choice. It doesn’t assume a mobile point of view, but builds content with a philosophy that one experience should work for all. Users arrive without having to pinch or zoom the site. There are no barriers to mobile users who can’t play a media file or view an image. Touch and gestures work. You don’t need javascript. The font size is readable and clear and the content is written for a broad audience.

Jeremy Keith, a web developer who has written much on HTML5 and the beginnings of the web, regularly cites The Robustness Principle – “Be conservative in what you send; be liberal in what you accept.” There is an inherent empathy in this principle, the computer version of being quick to listen and slow to speak. Beyond any other current design practice, RWD embraces this concept.

The sources of AIDS.gov’s surge in mobile use cannot be distilled down into a short list of defined steps or actions. The sheer speed of mobile adoption in the general public has exceeded our ability to respond to it comprehensively. Our choice of responsive web design was a critical factor, as essential as our subject matter or target audience, in successfully addressing the transition to a post-PC, mobile, always-connected world.

There is a body of evidence supporting the effectiveness of responsive web design, not just in health, but commerce, media, and higher education. It has emerged as a best practice.

Our metrics lack the endpoints necessary to paint the full picture of successful conversions. The AIDS.gov website cannot escort each and every visitor to a health clinic for an HIV test, or encourage them to manage their HIV, know their status, or adhere to their medication. All of that requires a human touch at many stages.

But that human touch is best approximated, for now, in responsive web design. Mobile has merged the digital and physical environments like no other technology before it, placing our human connections at our fingertips in a device that we can carry in our pockets and take with us wherever we can go. 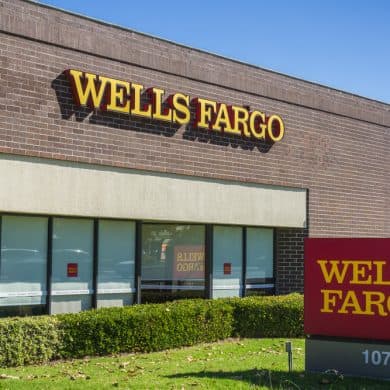