Just wanted to point everyone to a very interesting discussion that played out on Engage365 around the issue of an organization inviting people to feed their social media channels during a conference in exchange for discounted registration.

MPI (Meeting Professionals International) created a Social Media Guru program, asking their members to apply to help lead their social media efforts around the World Education Congress this past weekend in Vancouver.   They promoted the idea via Twitter, and chose five people to be their Social Media Gurus.  Here’s the background, the first in a series of three posts about this process by Vanessa LaClair on the Engage365 blog.  The Gurus were asked to “act as a spokesperson for social media to the members attending WEC” – interpreting that directive however they chose.

Vanessa was quite transparent in her posts about the struggle she was having interpreting those directions – as someone who was already promoting the WEC in all the usual social ways, should she be doing more?  She documented the results of certain specific things she was supposed to promote in part 2 of her blog post series.

Then in the third installment, Being an MPI Social Media Guru Isn’t Without Its Challenges, Vanessa began to ask herself whether the MPI should have provided more direction, more guidelines, and more specifically, where the Gurus should draw the line between personal opinion and following MPI’s lead. She asked, is it ok to report on negative stuff too?

She asked the question directly of Theresa Davis, MPI’s Director of Strategic Communications and one of the Guru program directors. Her response included:

“We’ve developed this program to experiment with giving proven social media leaders within our industry access and privileges that suit their medium, much like what we do for traditional media outlets. We intend to respect the integrity of the social media covering the event as we would the traditional outlets. All we ask for is fair and unbiased coverage.

We certainly make recommendations on what hosted social media promote and discuss, much like when we pitch hosted traditional press on story ideas and potential interviews. It’s up to each reporter to select what they cover and report within the parameters of their hosted agreement.”

This, however, sparked a massive discussion in the comments – specifically about what “fair and unbiased coverage” actually means in the social context. Some people admitted being put off by this in the original Social Media Guru program description and not applying to the program, feeling that the program was trying to “buy the media” – not least because the Gurus had been given discounted registrations to the event.

MPI was able to join the discussion and make their intentions clear, and the whole thing is a very interesting read.

Two separate issues have arisen here – one, the fact that social media is NEVER “unbiased” – it’s not supposed to be. It’s supposed to be about the personal take of the individual poster/tweeter/blogger. We tell people every day that in all social media communications you should “own” your own statements online, whether personal or professional. There’s no such thing in social media as an official spokesperson completely devoid of the individual human behind the words.

And two, the lack of disclosure about the relationship between the organization and the people feeding its social channels. The FTC Guidelines now specify that “the post of a blogger who receives cash or in-kind payment to review a product is considered an endorsement. Thus, bloggers who make an endorsement must disclose the material connections they share with the seller of the product or service.” The MPI could have helped their Gurus by providing simple disclosure statements for them to use, which would also perhaps have helped them differentiate the postings they were making on behalf of MPI and those they were making based on personal opinion.

My personal take is that given the very active Twitter stream from the (presumably successful) event, perhaps the guru program was not really needed, and they could have simply asked some of their known digital extroverts to help them by retweeting and sharing some good stuff. That works just as well!

In any event, I love this [currently] closing comment on the discussion thread by John Nawn:

“Clearly, we’re not in Kansas anymore. The issues raised here challenge our perception of traditional media, its roles and responsibilities, and our expectations of ‘citizen-journalists’ or whatever you want to call them. One thing is certain, the lines will continue to blur until a new world order takes over – but only for a little while. Social medeites (pronounced ‘mee-dee-ites’ – a word I just made up) can behave like traditional journalists. But I believe their true value lies in presenting a more personal (yes, subjective) experience to the audience. They’re more conversation starters than lecturers (just the facts, Ma’am). And the conversations they start can be as powerful, if not more so, than the facts of a story. That’s always been one of the biggest limitations of traditional media, as far as I was concerned. The facts are relatively straightforward. It’s our interpretation that really matters. Social Medeites are interpreters. And in a world that’s growing increasingly complex – a little interpretation goes a long way.” 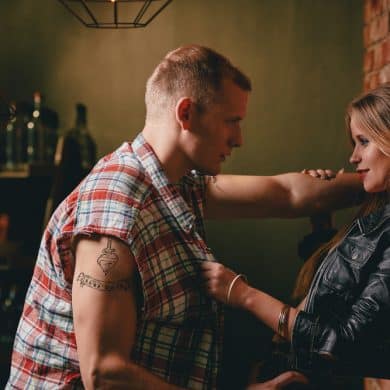