Netflix: Blowing It, or Being Human?

I am guessing most of you have heard that Netflix has been making some changes. Not too long ago, they changed their pricing structure, resulting in a significant increase for subscribing to their DVD by mail plan. This made a lot of people unhappy. Of course, ten years ago Netflix revolutionized the video rental industry. They mailed DVDs to your home, and you could keep them as long as you wanted without paying late fees. Eventually they got into streaming videos on the web, and apparently that part of the business is very busy. So much so that they really want to separate the two business lines. Hence the raising of the prices for the DVDs.

But they apparently didn’t consider how mad people would be when they raised prices. They took a lot of flack, and last week the CEO emailed Netflix customers to explain (and posted his explanation on the Netflix blog). He also announced the DVD service will be renamed Qwikster. I read the explanation, and it made sense to me. But I was interested by the fact that so many of the 16,000+ comments were still so angry–and also so 100% certain that Netflix’s was making a fatal strategic mistake.

So is Netflix blowing it? Maybe. I’ll be honest here–I should not be your top pick for determining the quality of strategic moves in the movie rental/streaming business. So I don’t have a definitive answer as to whether they are making the right move. But I don’t think the answer is clear. Yes, they will likely lose a lot of customers with that price increase (they lost me; iTunes’ gain). But maybe they wanted that. Maybe they are betting that DVDs won’t exist in a few years. Maybe they are jumping to the next S-curve before they are in the midst of the inevitable decline. Maybe they are having the courage to try something before they know it will work. Maybe they had to make a really hard choice. That’s how the CEO explained it in his blog post. He was very personal in his reflection on it. And when you make hard choices, other people get upset. But to me, this is just a part of being human. Human beings don’t get to walk through life without upsetting other people. Growth involves separation and distinction from those around you, and that’s hard. So human organizationsneed to do the same thing. I think that’s what Netflix was doing.Now, they definitely made some mistakes in the way they handled it. Their initial communication was not done well and made their customers felt like Netflix didn’t care about them. The CEO gets this, and he apologized. He said he will continue to try to win back trust. That’s another thing human organizations do. They make mistakes, and they quickly apologize, being as transparent and authentic as possible.So maybe Netflix is blowing it strategically. Time will tell. But I see them being quite human. I see them acting out the ideas we are talking about in the book, particularly in the areas of trustworthy and generative. Remember that human organizations are not the norm. They are going to surprise us, and often they will not make sense to us. That’s not to say that everything that looks different is a good thing. Sometimes companies really do flat out blow it. But these days we probably need to take a closer look when we have that first negative reaction. Because what we perceive to be gaffes may be a new way of doing things emerging.Jamie Notter and Maddie Grant talk about how to become a courageous organization, citing Netflix as an example, in Humanize: How People-Centric Organizations Succeed in a Social World. 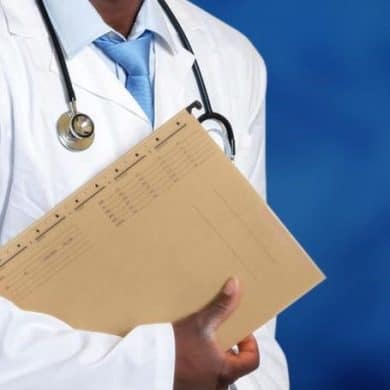