SOPA, PIPA, and the Wikipedia blackout: what it means for associations.

I’m confused. I figured I’d start this post with that, just so you know that I don’t have any answers here. Only questions. At the risk of inadvertently raising political ire from every corner, I’d also like to start by saying that both sides have important points to make.

I’m talking about the Stop Online Piracy Act (SOPA), also known as House Bill 3261. The Senate version is PROTECT IP Act (PIPA), or Senate Bill 968. I won’t get into comparing the two bills–that’s not my thing. For the purpose of this post I’ll focus on SOPA. Oh–and don’t bother clicking on those Wikipedia links if today is Wednesday, January 18. Wikipedia is decidedly against SOPA, and is creating a huge buzz by blacking out today. They got my attention–thus this post.

Let me see if I can round this up–excuse the vast oversimplification. Or use the comments to correct me! SOPA is supposed to protect copyright holders and give them a means of combatting copyright infringement online. Even if the website is not based in the US. There’s a medical angle here, too, as one intent of the bill is to stop the illegal import of counterfeit pharmaceuticals into the US market via Internet sales.

That’s the gist, but there are problems with the way SOPA is written according to many Internet analysts, scholars, and online businesses. And problems with the approach to enforcement. Folks who are against SOPA have made all kinds of doomsday predictions, which I don’t completely buy in to. But I will say this–the legislation adds a lot of additional legal risk and burden to those of us who are trying to do the right thing. Meanwhile, the folks who are actively flouting the law are probably going to find a quick technical work-around.

There were hearings on SOPA in November and December of 2011, and it was scheduled for more debate in January, but it looks like it’s all on hold until February now.

SOPA–or whatever legislation evolves out of this bill–could have a big impact on associations who are managing online communities and knowledge bases. If you have members or other stakeholders uploading content to your website, you should be paying attention to this issue. The fear is that one unscrupulous person would upload the wrong thing, and your whole website would be blacklisted. (See? Doomsday.) But here’s the thing. The most recent law on the books for this stuff is the 1998 Digital Millennium Copyright Act (DMCA), which includes the Online Copyright Infringement Liability Limitation Act. 1998 was the year Larry and Sergey started this little research project that turned into Google. That law is OLD. There was no Facebook. No Wikipedia. And probably not much of an inkling about the problems that SOPA is trying to correct.

Take a look at this infographic provided by businessinsurance.org. It’s not unbiased, but it helped me understand some of the moving parts in this complicated issue. 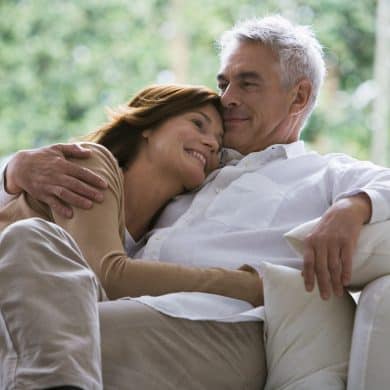 OurTime Review: Best Dating Site for Men and Women Over 50