The Launch Ticker = Awesome Way to Get Your Tech News Fix

Are you interested in technology news and what’s happening out of Silicon Valley, but no time to read through the hundreds of tech blogs and tech news magazines?  I have discovered the most awesome thing ever.  Created by Jason Calacanis, the Launch Ticker is a new way to get the news you need, efficiently and minus the link-bait headlines favored by many technology news sites.

Jason Calacanis announced a new proof-of-concept site called Launchticker today. At first glance it’s just an overloaded Google Doc with a bunch of tech news summaries and links streaming down the page. Look at the blog post explaining the site though and you’ll see there’s a lot more going on here. It’s an attempt to improve on the fabulous half-human/half-machine edited tech news siteTechmeme. Specifically, by limiting the areas of editorial coverage to startups, technology and features – excluding a lot of financial news, hardware and maybe enterprise stuff. It’s the tech news Jason Calacanis cares about and his taste is probably reflected in a lot of other peoples’ tastes too.

Here’s how Jason wanted it to work:

My researchers’ instructions were really simple:

1. Just the facts in as few words as possible.
2. Only cover things you think I would find interesting/important (e.g., I don’t care about the fluctuations in Mark Zuckerberg’s net worth, but I do care about a new feature in Foursquare).
3. Give me screenshots, graphs and appropriate links as cleanly as possible.
4. Do it in real time.
5. Send me an email at 3pm with the day’s news so I can read the facts quickly on my Blackberry (spacebar FTW!).
6. Update it on the weekends.

Now I signed up just out of curiosity, as I don’t actually follow Techmeme (which this is meant to improve upon) – but it’s become one of my favorite things to read every day.  It’s an AWESOME example of great curation – not for context or deep analysis, but for getting to the quick and dirty product development news that I personally want to know, as a social strategist  wanting to stay abreast of changes in the sites I help my clients work with.  It took a little while to get used to the shorthand, but I’ve seen some really interesting stuff in every daily email.

Here are some examples:

Tell me there isn’t something in there that sparks your interest!  If you want to try it out, here are the links. 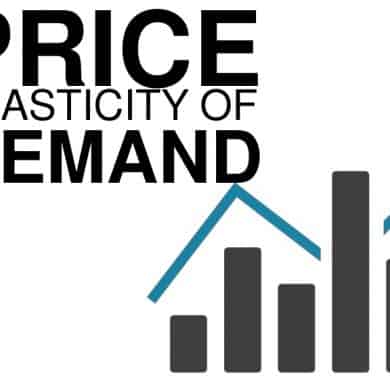 Understanding the price elasticity of demand