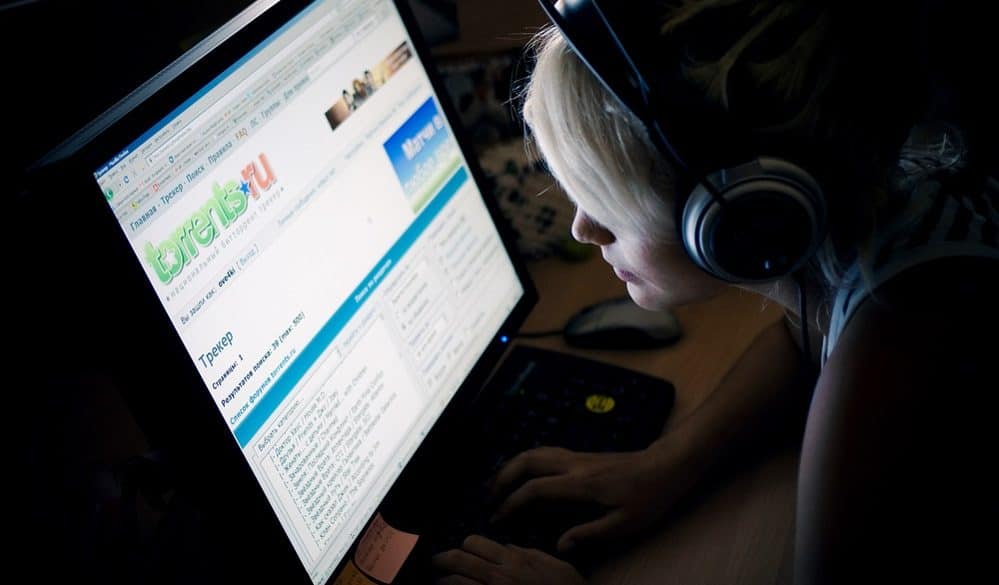 In the recent past, authorities and corporations across the world have been on a mission to fight copyright infringement by dismantling as many peer-to-peer (P2P) sharing sites as possible. Three years ago, for instance, KickassTorrents suffered a swift death when authorities arrested its alleged founder, Artem Vaulin.

Other popular P2P sharing sites such as Torlock, Extratorrent, and Piratebay have also experienced massive upheavals thanks to government interference. Interestingly, the more authorities buckle down; the more users are determined to continue using these sites.

For example, as of October 2019, although Torlock’s main site no longer works, countless mirror sites exist, and they work just fine.

With that in mind, here are nine alternative websites to Torlock that are equally good.

The best place to start is by understanding what a mirror site is. A mirror site is a copy or clone of the main site complete with all its torrent library, index, and database, hosted in a different region to escape detection. For example, to avoid exposure by the FBI in the USA, someone can host a copy of the site in New Zealand under a completely different domain name.

While mirror sites of your popular torrent site play a significant role in ensuring you can still access your desired files, you should exercise caution. Why? Because some mirror sites are counterfeits whose only goal is to steal your data.

That said, here are two trustworthy Torlock mirror sites that work in 2019.

These two proxies feature over six million torrents. Similar to the original Torlock site, all the torrents are verified. Moreover, these proxies do not have aggressive, questionable adverts that might trick you and steal your data. To be on the safe side, it is prudent to use a blocker.

If you are using the Firefox browser, then Ublock Origin is a good option. For the Chrome browser, the Pop-Up Blocker is just as good.

The Pirate Bay, which was founded in 2003 by anti-copyright activists from Sweden has stood the test of time. So much so, that users call it “the universe’s most resilient torrent site.”

In 2006, for instance, the Swedish police raided some of the organization’s premises, confiscating over 186 servers. As a result, the site was down for three days. Upon reopening, visitors to the site doubled.

Fast forward to 2008, and Swedish authorities filed charges to four individuals closely connected to The Pirate Bay. Within a day and a half, the prosecutors dropped half the charges, and eventually, the court sentenced the four individuals to only a year in jail. Most of them did not even serve the full year.

Despite all the ups and downs, including changing the site’s domain name from thepiratebay.org to thepiratebay.se for a while, the site persevered. It is home to uncountable software downloads, music, movies, and TV shows. The site insists that they are simply a platform that facilitates the sharing of files between users.

As a result, no one can hold the site responsible for copyright infringement. With that argument, it has managed to remain within legal boundaries. It is a good alternative to Torlock, and you can access it at https://thepiratebay.org/

EZTV is purely a TV show torrent site. It features countless TV shows, including multiple seasons of the same show. The site also features a forum that allows users to report any broken links and requests for updates.

It is straightforward, credible, and practical. Nevertheless, recently, it has lost some of its credibility due to security concerns. Again, similar to the Torlock mirror sites aforementioned, you can avoid some of the security concerns by using a blocker on your preferred browser.

EZTV is also at the forefront of warning users to ensure they use a Virtual Private Network (VPN) when downloading torrents to avoid authorities or any other person from tracking the IP address. While a VPN will add an extra cost, and while this primer in no way condones piracy, it is essential to note that the cost of a VPN is far less than the cost of fines or jail time if the FBI was to arrest you for piracy or copyright infringement.

Zooqle boasts of over 600 TV shows in its database and more than 37,000 movies. It total, the site notes that it has over 4.3 million active torrents. The interface is intuitive and easy to use, but some of its pages need a bit of improvement.

Founded in 2008, Zooqle offers all manner of downloads, including applications, games, books (both audiobooks and eBooks), movies, TV shows, and software. Some of its torrents are verified. The verified torrents feature 2200 trackers at all times. A tracker is responsible for identifying the location for all the clients downloading or uploading a P2P file.

As a result, a file with a high number of trackers provides a fast download, lacks broken links, and is credible. In addition, Zooqle allows users to filter results in various ways, such as category and size range.

Zooqle has loyal users. As long as it remains hidden from big brother’s eyes, chances are high, it will only grow with time and continue providing credible torrents at accelerating speeds.

1337x main domain is https://www.1337x.am/. However, if you live in a country where this main domain is blocked, then the other main alternative is https://1337xto.to/. Similar to Torlock, 1337x features a lot of verified torrents.

The site employs a group of core users whose main job is to confirm that the torrent files are valid, safe and that you can trust them. You escape some of the malware that malicious people embed in torrents in a bid to access your personal computer or steal sensitive information.

1337x is not as old as some of the file-sharing sites like The Pirate Bay. It was founded in 2007, and for the longest time, it did not gain a lot of traction with torrent fanatics and users. However, in 2018, as more and more P2P sites fell prey to scrutiny from the authorities, 1337x emerged as a satisfactory alternative.

Since then, the site has continued to gain popularity. As of 2019, it is the third most popular P2P sharing site after The Pirate Bay and RARBG. It is home to music, games, movies, TV shows, documentaries, applications, anime, and any other downloads you can imagine.

Keep in mind that to escape a Google search ban, 1337x frequently varies between .to and .se. Therefore, if the main site is unreachable, feel free to try these two extensions.

As noted above, RARBG is incredibly popular. The site has faced major headwinds in recent times, but has managed to weather the storm. It remains a favorite hub for users to get access to movies, shows, books, games, and software.

As of 2019, RARBG is blocked in over ten regions, including the UK, Belgium, Pakistan, Portugal, Denmark, India, Indonesia, Morocco, Ireland, Greece, Finland, Australia, UAE, and India. However, thanks to the site’s vocal fan base, many, especially in the UK, hope that a time will come when the authorities will unblock the site.

In the meantime, those who live in areas where the site is blocked can access it via mirror sites. Some of the trusted RARBG mirror/proxy sites include:

Other ways of unblocking RARBG include using a VPN or TOR browser. Note that RARBG is unique compared to other P2P sharing sites because it also provides reviews, news, and a lot of show-related or movie-related updates. That makes it almost like a one-stop-shop for all that you need entertainment-wise.

As the homepage of the site declares, Torrentz2 is the successor of the original Torrentz. Torrentz was a popular torrent site that ran for thirteen successful years between 2003 and 2016.

Unlike all the alternatives discussed above, Torrentz was different because it acted like the Google of torrents. It did not host torrents, but allowed users to search for a torrent, and then list all the locations one could find the particular torrent. For instance; if you searched for Game of Thrones, Torrentz would provide a list showing that you could find it in The Pirate Bay, RARBG, Torlock, EXTV, etc.

Torrentz would then go ahead and tell you which of these locations featured the file with the most seeds. Unfortunately, in 2016, Torrentz’s operators shut the site down with a simple farewell message—that it would always love its users. No one quite knows why its operators shut it down, but most speculate the authorities were barreling down on the site.

After the shutdown, Torrentz2 launched. Initially, Torrentz2 indexed approximately sixty million torrents and worked in the same way as the original Torrentz. The 2019 iteration of Torrentz2 is different because it hosts the files similar to all the other sites discussed above.

Note that sometimes, when trying to access Torrentz2, your antivirus software might give you a warning that it is not safe. The warning should not worry you. However, if it bothers you, you can opt for a VPN.

YTS started as YIFY back in 2010. It derived its name from the site’s founder—Yiftach Swery. At the time, YIFY was a small group whose goal was to publish high-quality releases at a manageable size to a bunch of torrent sites.

Thanks to their HD-quality releases, YIFY gained a lot of support, and became extremely popular. Later, they rebranded to YTS.am. Unfortunately, the popularity of YTS attracted attention from the authorities. Consequently, an anti-piracy lawsuit was filed against them in New Zealand by the Motion Picture Association of America (MPAA).

The lawsuit resulted in the official shutdown of the site in 2015. On the heels of the shutdown, numerous untrustworthy mirror sites popped up, but they did not gain traction. In 2017, one mirror site that had persisted for two years—YTS.ag—shifted its domain to YTS.am.

With the shift, users started using the site again, and in April this year, Alexa ranked YTS as the 183rd most viewed website in the world. The site is incredibly popular. It hosts numerous high-quality releases. Unfortunately, its huge fan base has made countries like Australia and Ireland to block it.

The fact that we feature it as the last alternative does not negate the fact that Lime Torrents is an incredibly good alternative. It has numerous torrents, and most of them are credible.

The only issue with Lime Torrents is that older torrents tend to be in horrible health (very few seeds). That is because a lot of people do not frequent the site. However, newer torrents such as new releases are healthy, and enjoy good speeds.

Most people tend to use Lime Torrents as a plan B when their favorite torrent site is down. Note that being less popular gives this site a huge advantage as authorities rarely target the site. As a result, compared to the above-mentioned alternatives, it is rarely down.

Therefore, while you may not make Lime Torrents your preferred torrents site, it is good to have it as a plan B or C.

In the words of Jack, the co-founder of Torlock, ‘’file sharing sites are a service to the public’’. The P2P file-sharing scene is changing drastically. Some sites die a natural death; others are born, and others persevere. The ones discussed above have shown such incredible resilience that you can trust them to stay on a while longer.

While some successfully change their domain to outsmart the authorities, others do not make it. Although that is the case, one thing is for sure, torrenting is here to stay. Just ensure you take the necessary precautions such as using VPNs and private browsers such as ExpressVPN (fast speed ) or NordVPN (for low cost) while at it.

If Net Neutrality is dead, what does it mean for associations?