Why are CEOs Afraid of Going Social? 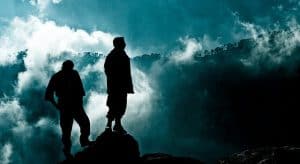 The blogosphere is abuzz with the results of a new CEO.com survey which looked for social media accounts for all of the CEOs of the Fortune 500, and found that 70% of CEOs are not using social media.

This post from PRSA has a really good run down of several posts analysing the report and the reasons why uptake by CEOs is so low – for example, a summary of this Forbes article CEOs Afraid Of Going Social Are Doing Shareholders A Massive Disservice – so I won’t reinvent the wheel here, but here’s the killer quote for me. This is from a post by Adi Gaskell on Technorati:

I argued earlier this year that yes, it does matter.  Effective social media is essentially an organization wide initiative.  It isn’t something that’s the preserve of the marketing or IT teams, it should be something that everyone does.  The CEO and their executive team set the tone for the kind of culture they want.  So if they’re not engaging with social media, they’re telling their employees that engaging with customers and other stakeholders simply isn’t important.

As the report says “While the majority of Fortune 500 CEOs have yet to pick up the pace in their personal social media efforts, it seems those who do will be better equipped to successfully grow their companies”.

Now, I’ve said this many times before and I’ll say it again – it’s not our job at SocialFish to convince anyone that social media is important.  We’re lucky to know some great association CEO’s who are very social (especially when it comes to blogging) – Eric Lanke, CEO of the National Fluid Power Association; Pat Jones, Executive Director of the International Bridge, Tunnel and Turnpike Association; Bob Rich, CEO of the American Chemical Society (check out Bob’s ScoopIt on Association Strategy and Innovation!) [CORRECTION – Bob is not CEO but Assistant Secretary, Strategy Development – my apologies]; Tom Hood, CEO of the Maryland Association of CPAs; Richard Davis, CEO of Avectra, and more.

But if you are a CEO who would like a little personal help with your social presence, or you work closely with one, then call us. We provide discreet, personalized executive coaching for social. You can choose to work directly with me, or with Lindy. Satisfaction guaranteed.